In this age of easy digital manipulation, people automatically doubt the veracity of photos. But that wasn't always the case. Back in the 1920s—the era of sensational 'yellow journalism'—tabloid newspapers attracted readers with faked photos. The New York Evening Graphic made a sensation with its photomontages, which they called "composographs." 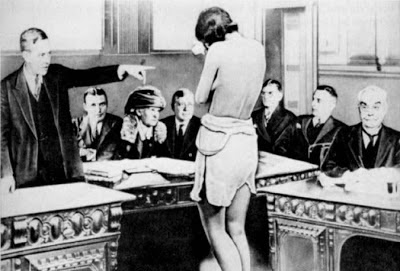 This image was created for the coverage of the Kip Rhinelander divorce trial. A wealthy blueblood sued for divorce, claiming that his wife concealed her Negro blood from him. In the court case, she was asked to strip half naked before the jury. Cameras were banned from the courtroom, so the Graphic ran a composograph, cutting, pasting, and retouching more than 20 separate photos, including a dance hall girl who stood in for the bride. 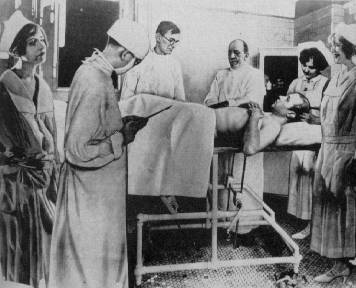 Another news event that was never caught on film was movie idol Rudolph Valentino’s unsuccessful operation in 1926, from which he didn't recover. The Graphic reconstructed the scene with a composograph.

Did readers actually believe these were real photos taken at actual events, or was the line sufficiently blurred sufficiently between reality and illustration that people believed what they wanted to believe? That's hard to say. 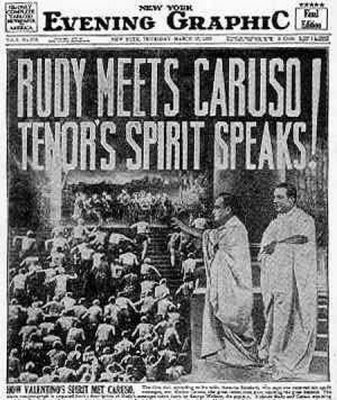 The Graphic pushed the envelope with a composograph of the recently deceased Rudy Valentino in heaven, chumming it up with opera legend Enrico Caruso. Whatever the case, the Graphic's innovative composographs laid the foundation for later tabloids like the National Enquirer.
-----
Wikipedia composograph
More about the Kiplander trial
You have just read the article entitled Composographs. Please read the article from Sentimental Journey About Photography more. And you can also bookmark this page with the URL : http://sentimental--journey.blogspot.com/2013/07/composographs.html