James Tissot (French, 1836-1902) painted this image of the journeying magi as part of a large collection of Biblical paintings that he did late in his career. His desire to paint scriptural scenes with archaeological accuracy brought him on several research trips to the Holy Land. 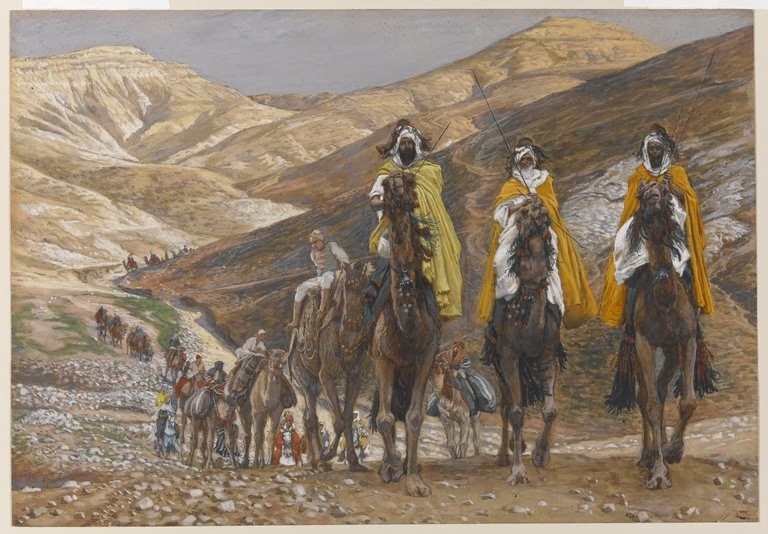 The Brooklyn Museum has a large collection of these paintings, and has exhibited and published them.

This painting is tiny, just 8 x 11 1/2 inches. (20.2 x 29.2 cm). It's painted in opaque watercolor, which lends itself to detailed handling and delicacy (those faces are less than a half inch tall). The yellow color of the robes suggests the luxurious contrast to the common peasant costumes, and conveys the status of the magi as astronomers. 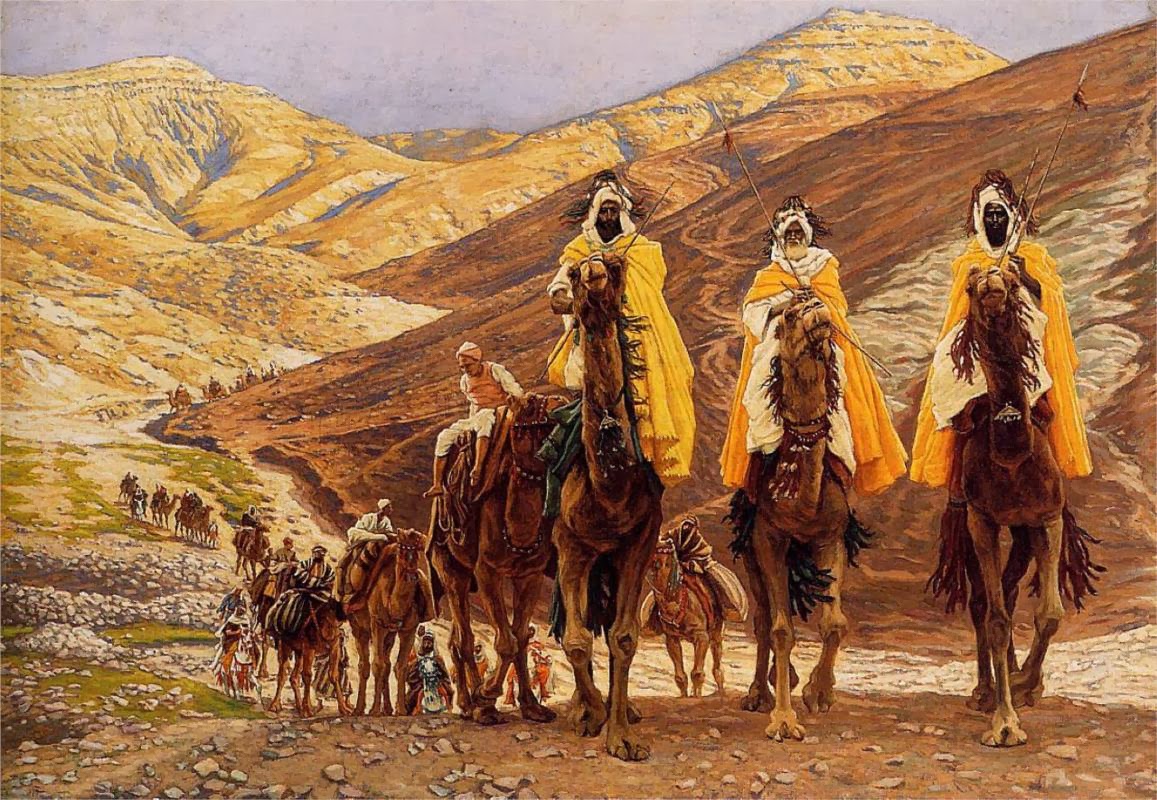 Edit: There's also an oil version of the painting at the Minneapolis Institute of Arts. (Thanks, Darren)
-----
The watercolor painting is at the Brooklyn Museum
Book: James Tissot: The Life of Christ

You have just read the article entitled Tissot's Three Wise Men. Please read the article from Sentimental Journey About Academic Painters more. And you can also bookmark this page with the URL : http://sentimental--journey.blogspot.com/2014/01/tissot-three-wise-men.html