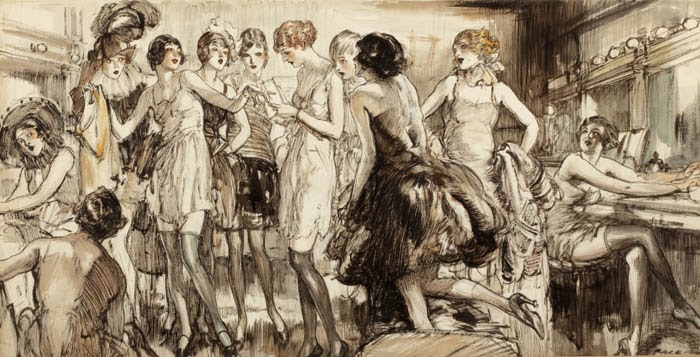 Henry Patrick Raleigh (1880-1944) was an American illustrator whose drawings of society life defined the Gatsby era. 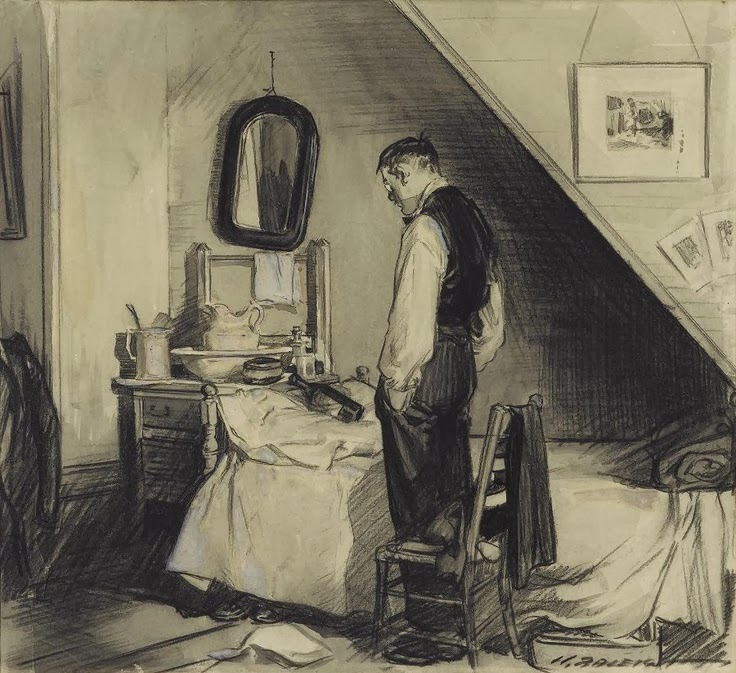 He began as a newspaper sketch artist on the west coast back in the era when artists were needed to quickly record news events. Some of his early illustrations resemble those of F.R. Gruger, another illustrator who started as a newspaper man. 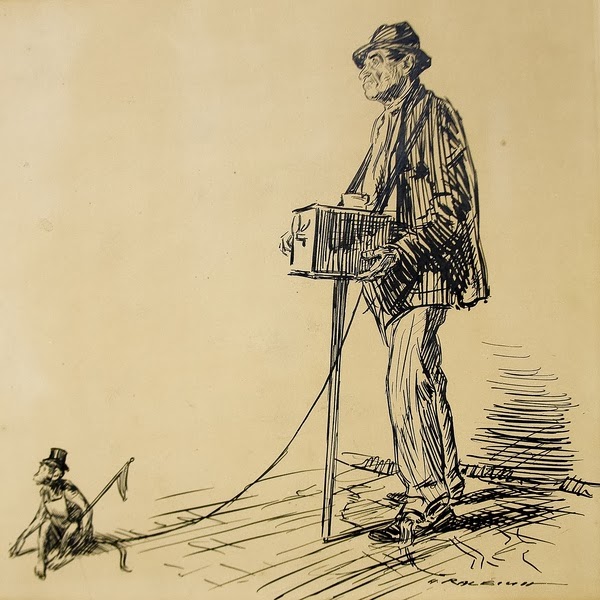 As a result of that experience, he was extremely prolific, creating about 20,000 illustrations in his career, at a rate of about 800 per year, almost three drawings per day. He had an excellent visual memory and worked almost entirely without models or photo reference. 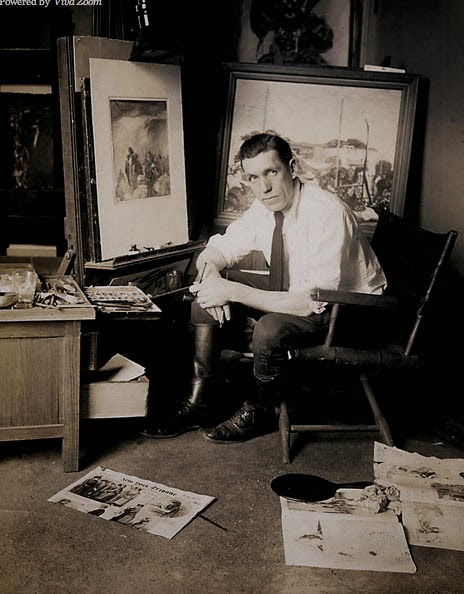 Even in those days, a single illustration could pay as much a s $3500, so he was immensely wealthy, traveled a lot, and lived like a celebrity. 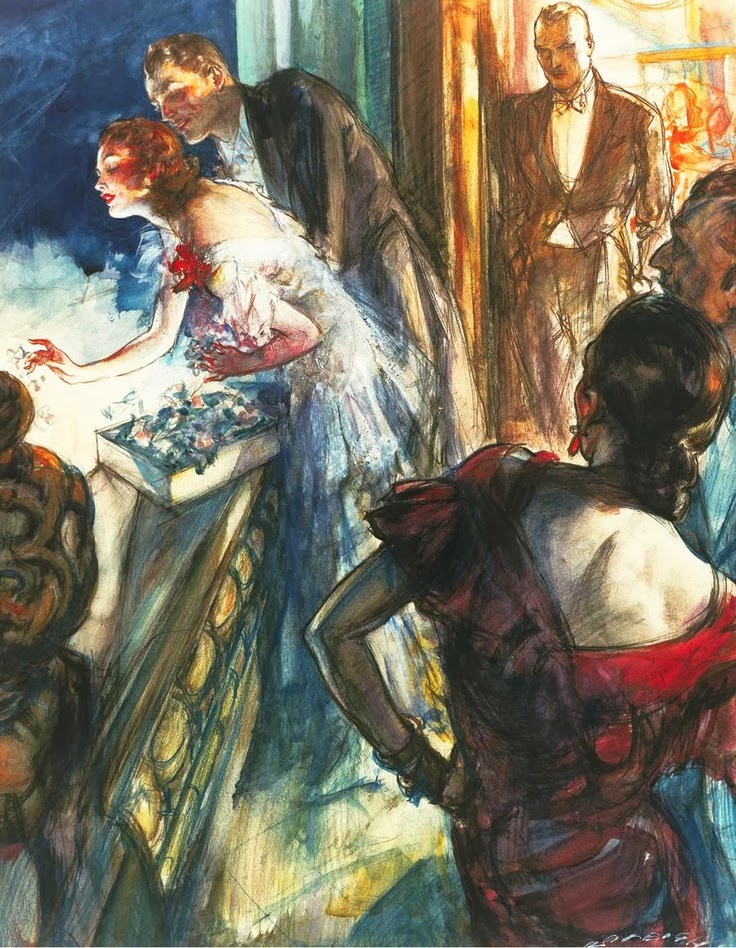 As color printing entered the magazines, and drawings were replaced by paintings, he tried to introduce washes of color into his own work, but he never liked painted illustrations. He wrote:

"Illustration is distinct from painting, and I vigorously oppose the encroachment of the latter on my chosen field. Line drawing is the one appropriate fundamental medium for illustration, as it most nearly harmonizes with the linear effect of the printed page. Painting, in its purest form, is primarily emotional, whereas illustration is necessarily more rational, more expository. Each has its legitimate sphere of influence, and should be restricted to that sphere."

By the 1940s, his work had fallen out of step with art directors at the major magazines like the Saturday Evening Post. The glamorous life evaporated. In failing health, without having saved money for his retirement, and without steady work, he took his own life. 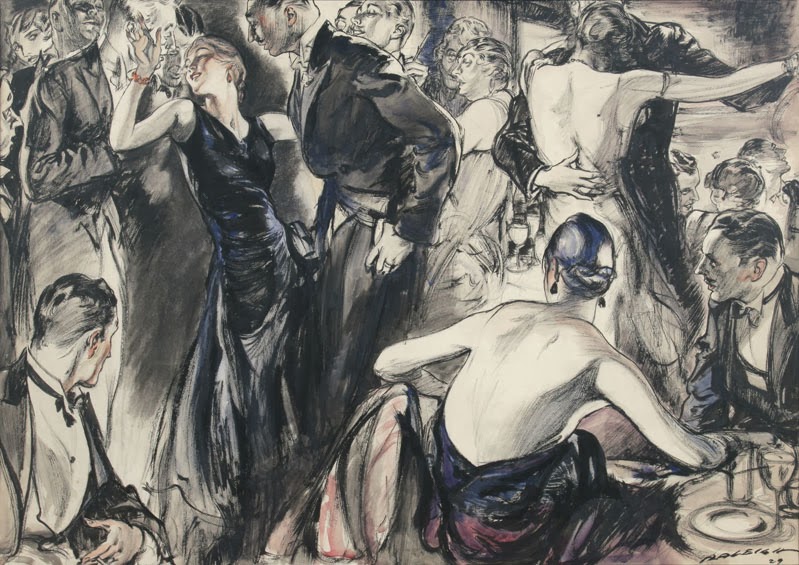 The new issue of Illustration magazine has a comprehensive article on Raleigh written by his grandson, who has built a big collection and created The Henry Raleigh Archive.

Images in this post from Illustration Art and Jim Lambert's Pinterest
You can preview or purchase the Raleigh article at the Illustration magazine website
The Henry Raleigh Archive
Maybe someone reading this post can start a Wikipedia page for Henry Patrick Raleigh and Frederick Gruger.
You have just read the article entitled Henry Patrick Raleigh, Illustrator. Please read the article from Sentimental Journey About Golden Age Illustration more. And you can also bookmark this page with the URL : http://sentimental--journey.blogspot.com/2014/01/henry-patrick-raleigh-illustrator.html