This is the last weekend for the Sargent Watercolor exhibition at the Museum of Fine Arts in Boston. 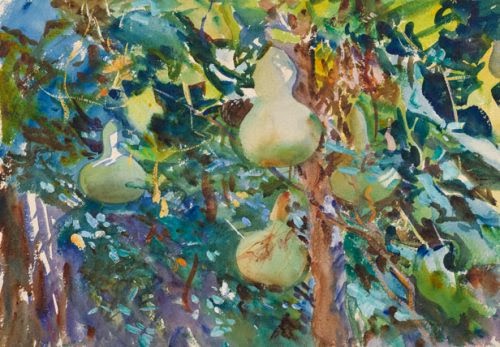 The show combines the best watercolors of the collections of the MFA and the Brooklyn museum, along with a few oils. 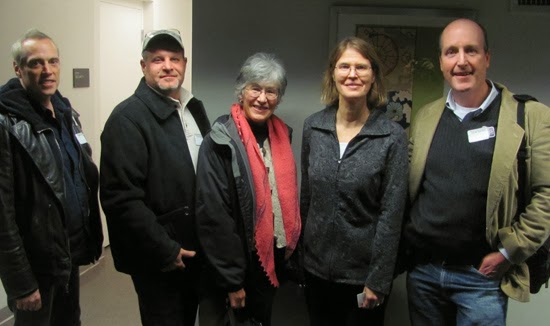 We saw the show a couple of months ago, but beforehand, we visited behind the scenes with conservator Annette Manick (second from right. That's Richard Scarpa at the far left, Garin Baker, and Jeanette).

Annette Manick showed us swatches made with the actual pigments recovered from paint tubes in Sargent's paint kit. She also made a number of test swatches to experiment with some of the unusual techniques that Sargent was known to use with his watercolors, such as wax, gouache, gum arabic and oxgall.

In the back of the show catalog, Manick goes into great detail about these painting methods. I think this represents an exciting new trend in art history scholarship. Conservators, working closely with art historians and practicing artists, are trying to reconstruct the practical methods of artists from the past.

Here are five quick observations that struck me again and again as I visited the show. 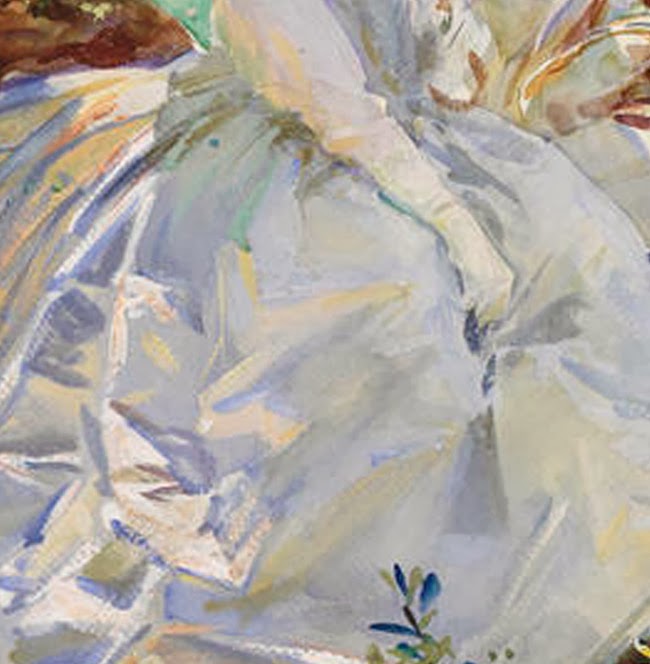 1. Unlike many of the British watercolorists who believed in using purely transparent pigments, Sargent used gouache whenever he needed it. This passage of a white dress has opaque white in the bright lights and in the open shadows. He often lays down a spot of white gouache and then, after it dries, he goes over the spot of paint with transparent colors to keep the gouache stroke from jumping out of the paint surface.

2. He used wax as a resist to give a scintillating effect. Here he first laid down a yellow green base color, then stroked it with wax, which resisted the brownish later layers. 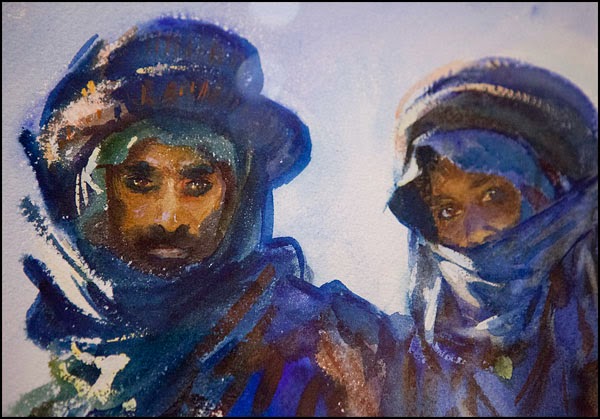 3. In the dark passages, Sargent stays away from black, and generally mixes bright blues with browns at the same value. You can see it dramatically in the lower central area of this detail.

4. Sargent was incredibly daring, taking huge risks with big brushes at every step of the painting. It's not just pure boldness and freedom, though, because he's also deliberate and considered, too. I can just picture him thinking, waiting, or planning, and then diving in with an apparently reckless move, cursing under his breath all the while. 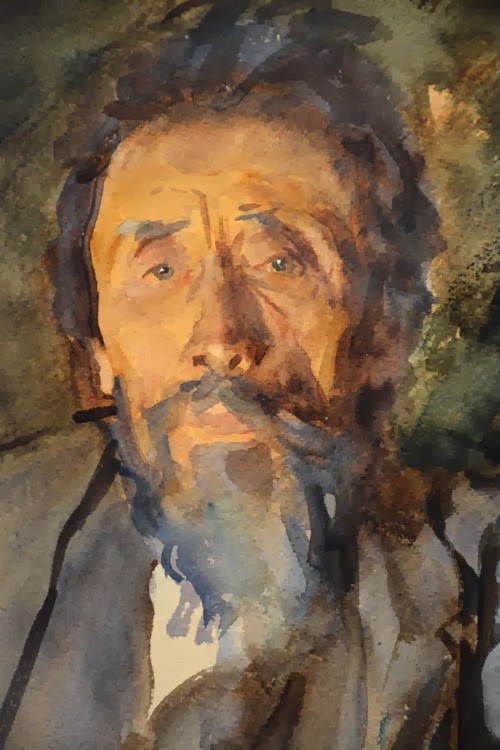 5. He defines only what he wants to define, and leaves a lot quickly stated. There are no individual hairs defined in the beard, nor are the lips defined with a strong line between them. The result of this simplicity is that the eyes, with their sparkling highlights, really grab the viewer. This informal portrait is called "The Hermit" "A Tramp." It was really painted from a fellow artist who posed for him.

The exhibition will continue through January 20
Thanks to Marc Holmes and Greg Shea for the closeup photos. Marc has a great blog post with more Sargent watercolor insights.
Catalog of the show
You have just read the article entitled Sargent watercolor techniques: Five observations. Please read the article from Sentimental Journey About http://sentimental--journey.blogspot.com/2014/01/sargent-watercolor-techniques-five.html