Yesterday, folk singer Pete Seeger died at age 94. I heard him perform several times at music festivals in the Hudson Valley of New York state, where he lived. 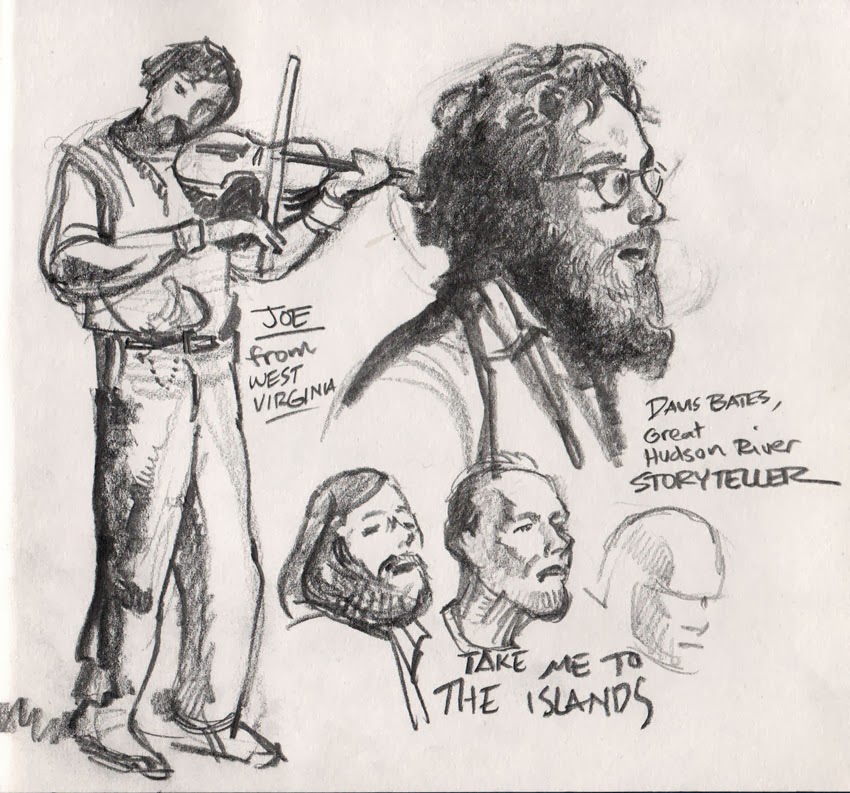 That's him in the middle of the group of three faces at the bottom of this sketchbook page. Whenever Pete got up on stage, he always got the audiences caught up in the choruses. 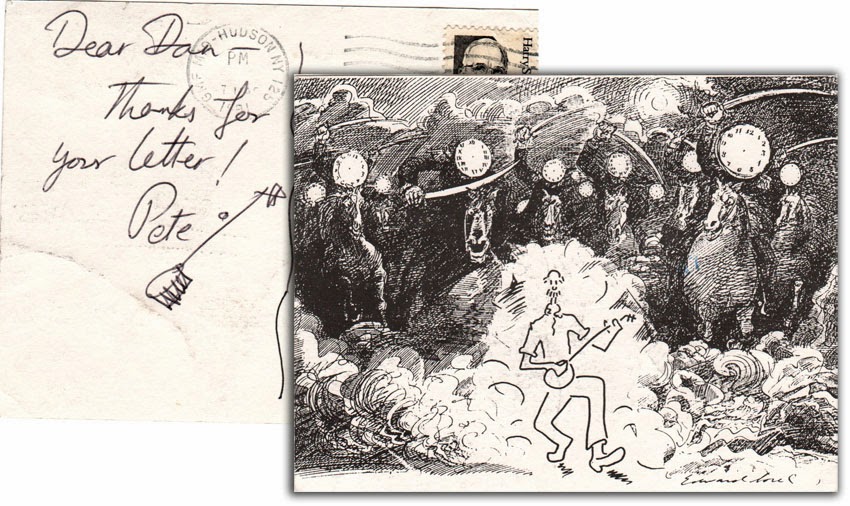 Another way we got to know Pete Seeger was through our tattered copy of his songbook, a collection of classics like "Clementine" and "If I Had a Hammer" that we often sang together at home in the evenings. In 1991, When my son Dan was a four-year-old budding accordion player, he wrote Pete a fan letter, and Pete wrote back on a postcard drawn by Ed Sorel showing Pete with his banjo trying to outrun the Horsemen of Time.
At his concerts, Pete made every person feel that they had a good enough voice and that it was worth joining in. And he made everyone believe that the dream of a peaceful world is possible, not just by dreaming about it, but by singing about it it or painting a picture of it.

More about Pete Seeger at Wikipedia
More about my son Dan at his band website YanksBand.com or his music streaming company ConcertWindow
You have just read the article entitled So Long, Pete Seeger. Please read the article from Sentimental Journey About http://sentimental--journey.blogspot.com/2014/01/so-long-pete-seeger.html