Here's a rule for you: When you're drawing boats on flat water, the horizon passes over every boat at the same height above its waterline. 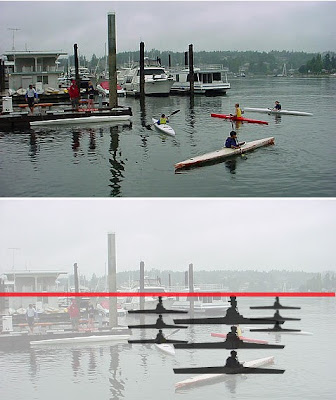 The photo above shows several kayakers in a harbor. Each kayaker is overlaid with a graphic of a kayaker's silhouette multiplied three times to reach the horizon. Each of their boats is sitting about eight feet below the horizon. That's because the viewer is standing with the camera about eight feet above the water.

If you get this wrong, the harbor will be filled with toy boats. A lot of artists have made this mistake, even a lot of famous artists, such as Frank W. Benson (1862-1951). Mr. Benson has established that observer is about four feet above the water, because the horizon crosses about one head higher than the standing boy. 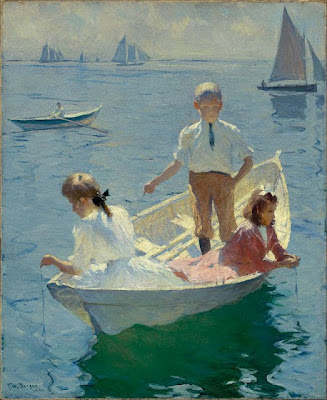 But if we apply that measure to the rowboat to the left, we have a problem. That rowboat now looks four feet long. If you stand it on end from bow to stern, it would just reach from the waterline to the horizon. The rower would have to be just one foot tall. And the figure in the the sailboat at right would have to be the size of a GI Joe. 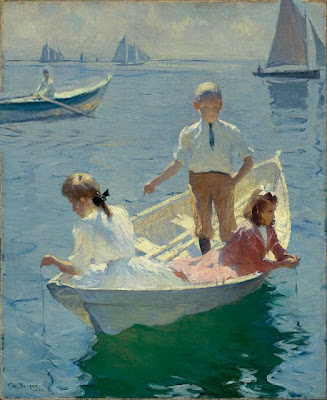 Will you forgive my effrontery in revising Mr. Benson's perspective? Here's a corrected version. I raised the sailboat and also raised the rowboat and made it bigger. If you prefer that rowboat to be smaller for compositional reasons, that's OK, as long as it intersects the horizon in the right place. 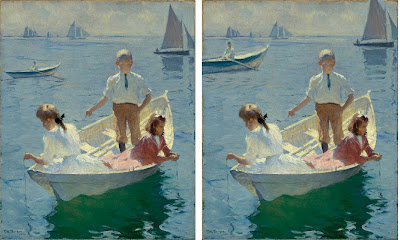 Edit: Since so many people asked about the Loomis explanation of this principle using figures on land, I have added them here. Thanks, Ben! 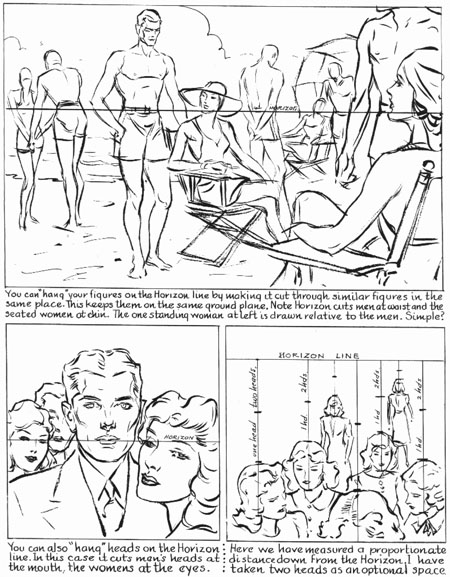 Source for photo of kayakers
Related post: Tiny Train
You have just read the article entitled The Toy Boat Problem. Please read the article from Sentimental Journey About Perspective more. And you can also bookmark this page with the URL : http://sentimental--journey.blogspot.com/2013/08/the-toy-boat-problem.html