Magicians from the Hokusai Manga

Japanese artist Hokusai first published his sketchbooks, or manga, in 1814. They contain images of animals, plants, landscapes, and a few dashes of magic. 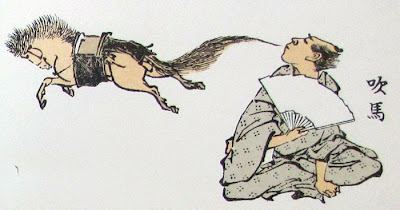 One set of pages shows the feats of magicians, as told in Japanese folklore. Here is a magician exhaling a horse. 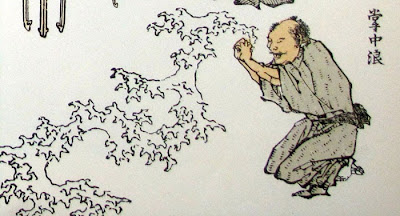 Waves emerge from the palms of this master. The style of the water is similar to the Great Wave print, Hokusai's most famous work. 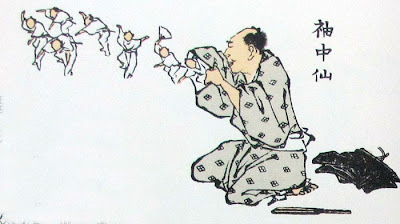 Here is some sleeve magic. Notice the freedom and simplicity of the little figures, who float upward joyous to be born into the air. 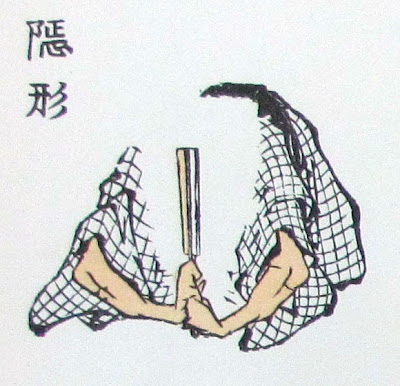 Why not some vanishing magic? The hands are stated so economically, but the pose is clear. 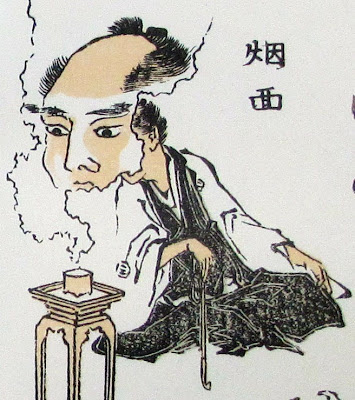 ....and a face projected into the smoke. James Michener, who collected an edition of these sketches, says, "Some of the feats were common, practical tricks. Others would have been rather sensational in any age. But as might be anticipated, Hokusai feels no obligation to differentiate between the two." 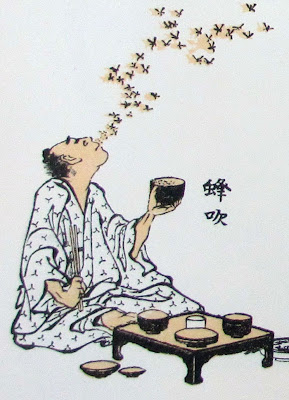 This man is blowing out bees with his breath. (Thanks, Eunice) The sketches fill 14 volumes, all block-printed in black, gray, and flesh color.
------
Wikipedia on the Hokusai Manga
The best print edition was edited by James Michener: the Hokusai Sketchbooks: Selections from the Manga

You have just read the article entitled Magicians from the Hokusai Manga. Please read the article from Sentimental Journey About http://sentimental--journey.blogspot.com/2013/08/magicians-from-hokusai-manga.html