Haidinger's Brush is a a visual effect that happens within the eye, an entoptic phenomenon, like floaters. 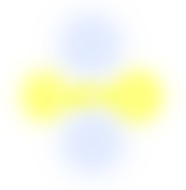 The effect appears on computer screens and blank areas of sky, and it's caused by the way our eyes respond to polarized light. The apparition looks like two fuzzy bowties, a blue one and a yellow one, overlapping each other at 90 degrees. The rendering above simulates the effect, but it actually appears smaller, about the size of your thumb extended to your computer screen. 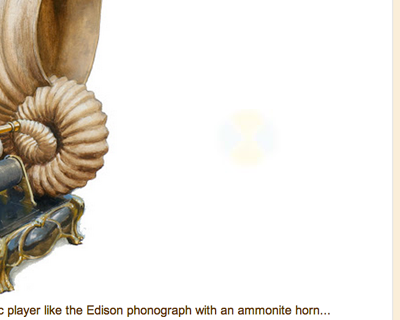 Here's another simulation, a lot more subtle than the last. Do you see the fuzzy yellow and blue bow tie floating in the middle of the white space? If you don't see it, tip the computer screen away from you.

Now again, that's just a simulation. Let's see if I can get you to see the "real" illusion. Below this line will be a big area of white space. Scroll down till the white space fills the screen. 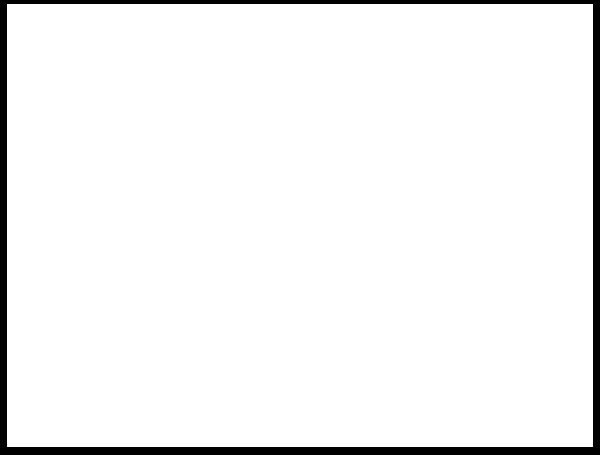 Now look toward the center of the white space on the screen, relax your mind, and tilt your head from side to side. Do you see the fuzzy yellow and blue bow tie? If it appears, you may think at first that it is an afterimage from the earlier simulations, but it's the real thing. The colors may switch from blue to yellow and back again as your head tilts.

If you don't see it, try looking at the white screen through polarized sunglasses or a polarizing filter (CPL) from a camera. And if you don't see it at all, don't worry—not everybody sees such effects.

The Haidinger's brush effect is also visible in a blank blue sky, usually 90 degrees to the side of the sun, or at the zenith at sunset. Once you train yourself to see it, you will start seeing it everywhere, and you'll be observing something that's invisible to almost everyone else in the world.
-----
Previously on GJ:
Floaters
Wikipedia on Haidinger's Brush
Explanation on Polarization.com
The effect is also described in Minnaert's book: The Nature of Light and Colour in the Open Air

You have just read the article entitled Haidinger's Brush. Please read the article from Sentimental Journey About Visual Perception more. And you can also bookmark this page with the URL : http://sentimental--journey.blogspot.com/2013/08/haidinger-brush.html