When composing a picture, it's sometimes effective put an element in the direct foreground, cropped by the bottom edge.

Here's an example by Henryk Siemiradzky (1843-1902), which doesn't break the foreground line. The bottom of the composition along the frame edge is empty. Nothing wrong with that, but it can make the picture feel a bit more formal, more like a stage play. Keeping the foreground line open like this is what artists have usually done.
Let's consider some other possibilities. 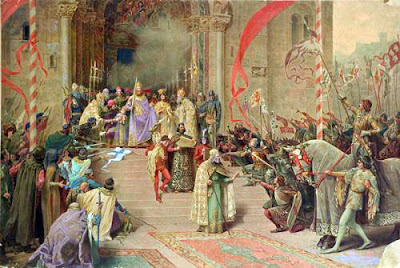 This is the "Proclamation of the code of Emperor Dušan, by Paja Javanovic. That one figure partially cropped in the center left foreground opens up the picture. 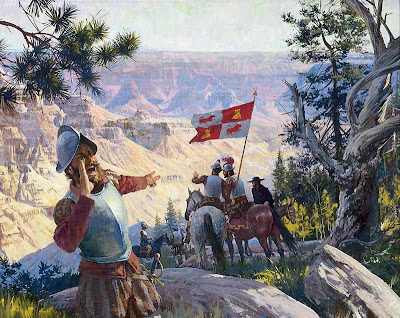 Harry Anderson portrays Coronado's men discovering the Grand Canyon (thanks, Jim). The foreground figure is cropped just above the knees, and his gesture involves us and implies that the rest of the group is behind us. "Breaking the fourth wall" like this is more suited to an illustration than a mural, perhaps. 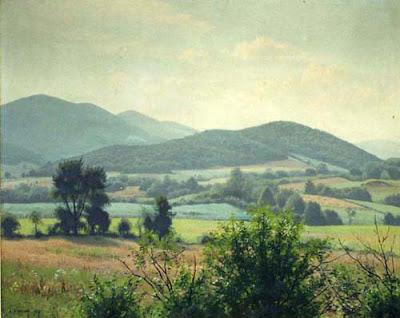 Here's a landscape by James Perry Wilson. Not many painters would think of putting the bushes right smack in the extreme foreground, but that decision gives him a lot of depth. We can step around the bushes on the left and enter the world he has created.
Wilson spent most of his career painting diorama backdrops, so he was extremely conscious of foreground/background issues.
-----
More about Wilson in the book Windows on Nature: The Great Habitat Dioramas of the American Museum of Natural History

You have just read the article entitled Breaking the foreground line. Please read the article from Sentimental Journey About Academic Painters , Composition , Golden Age Illustration more. And you can also bookmark this page with the URL : http://sentimental--journey.blogspot.com/2013/08/breaking-foreground-line.html