accompanies the exhibition that is currently at the Brooklyn Museum through July 28. 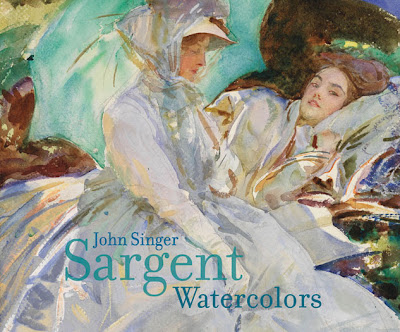 The show unites the extensive collections owned by the Brooklyn Museum and the Museum of Fine Arts in Boston, comprising nearly 100 of Sargent's best watercolors of Venice, Bedouins, alpine quarries, villa gardens, and informal portraits. 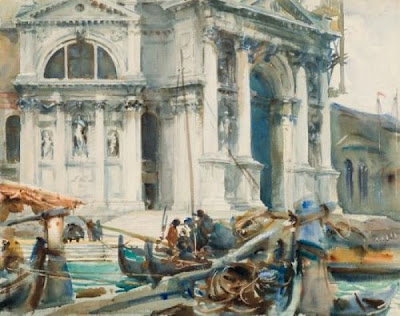 The two institutions pooled their considerable expertise to make an art book that sets a standard for what is possible with a show catalog. The book is large: 10 x 12 inches (25 x 30cm) and an inch thick at 248 pages. There are 175 color illustrations, mostly reproduced full page, with many full bleeds and close-up details and many works that haven't been seen before. 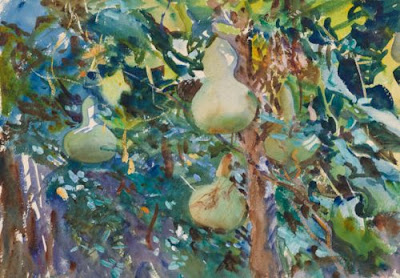 For all Sargent's success and proficiency as a portrait painter, he regarded the official oil portrait work as his "gagne-pain ('bread job'), which I am delighted to get rid of." His watercolors were what he did to experiment. They show a breathtaking boldness of perspective, color, and brushwork. 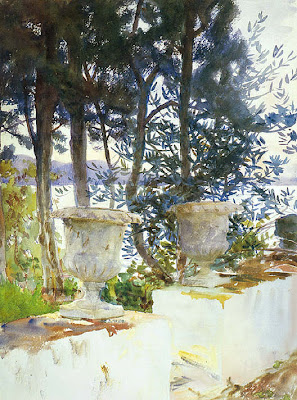 The text of the catalog is written by leading Sargent scholars, such as Richard Ormond, together with Erica Hirschler and Teresa Carbone, curators at Boston's MFA and the Brooklyn Museum respectively.
Ormond points out that Sargent was eager to exhibit his watercolors to build new awareness for his range as an artist, but he was very reluctant to sell them, and only agreed to do so when they could be sold as a unified group to the museums. 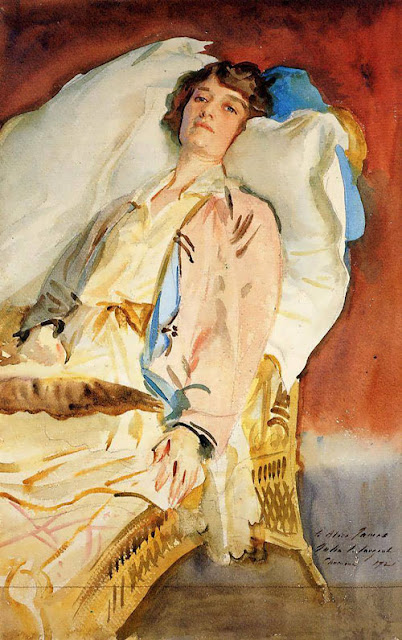 Artists will find the final chapter by Annette Manick and Antoinette Owen especially fascinating. They have scientifically analyzed the paintings, sampled the paint, photographed the art up close and under raking light, and scrutinized it under infrared reflectography (IRR).
Sargent used every trick in the book in his watercolors: glazing, wax resist, gouache, impasto, lifting off, scraping, drybrush, and ox gall. As he worked, he muttered "Demons, demons," and he famously described painting in watercolor as "making the most of an emergency." 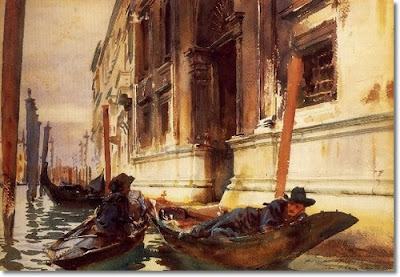 This analysis reveals that some of the architectural paintings have very careful perspective drawings as their foundation, despite the loose washes that meet the eye. 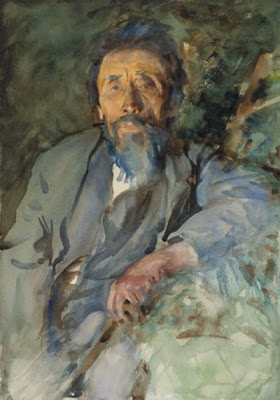 Other paintings, like this portrait of a tramp, show no evidence of an initial pencil drawing, which means Sargent made his first touches with a brush. The portrait has tremendous presence and a sense of the vivid encounter.
Even if you already have a lot of books on Sargent, this is a must-have catalog, highly recommended.
Book: John Singer Sargent: Watercolors

The show is currently at the Brooklyn museum through July 28, then goes to Boston's Museum of Fine Arts October 13, 2013 - January 20, 2014.
You have just read the article entitled Sargent Watercolor Catalog. Please read the article from Sentimental Journey About Book reviews more. And you can also bookmark this page with the URL : http://sentimental--journey.blogspot.com/2013/05/sargent-watercolor-catalog.html