Many of you commented on my recent post about Edwin Austin Abbey (1852-1911) that you'd like a bit more information about him. In a recent blog poll, Abbey was the second highest vote getter for deserving a big art book and wider recognition. 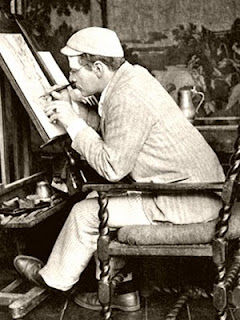 Like Ernest Meissonier, Jules Bastien-Lepage and Adolph Menzel, Abbey is one of those artists whose name was on everyone's lips during his time but is unjustly neglected today. I thought I'd do a four-part series about him to share some fun tidbits and to give you some sources for reading more.

A good place to start are two tributes from Abbey's creative contemporaries, starting with Joseph Pennell, in his book Pen Drawing and Pen Draughtsmanship (1889), called him not only "the greatest English-speaking illustrator, but the greatest living illustrator."

"His present position as an illustrator has been attained and maintained simply by treating illustration, as it should be treated, as seriously as any other branch of art. He is remarkable not so much for academic correctness—as is Menzel, for example—but rather for his truth, the beauty of his line and his power of expression." 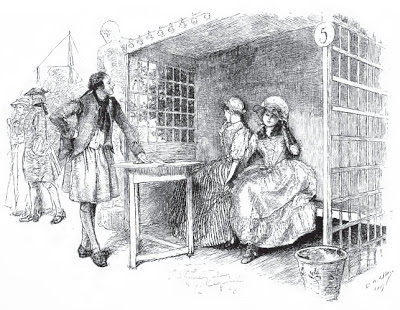 "No illustrator has realised more beautiful women or finer swaggering gallants, and no one has placed them in more appropriate surroundings. He makes the figures real for us because all the backgrounds and accessories are taken directly from nature." 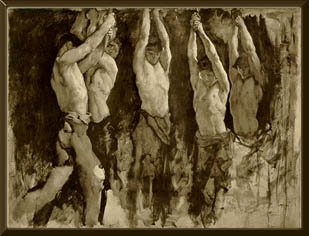 Pennell continues: "Menzel is the founder of modern illustration; [Mariano] Fortuny, [Martin] Rico, and [Daniel] Vierge have been its most powerful apostles, and among the cleverest men their influence will never grow less. But while Menzel's methods are obsolete, and Vierge's style can only be attempted by the most brilliant, anyone can see that a new school is arising, and this is the school of Abbey, who has at the present moment followers in every illustrating country in the world." 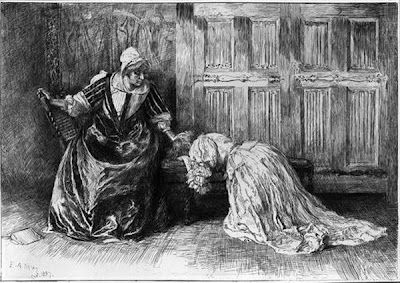 Abbey's praises were also sung by no less than Henry James:

"There is no paucity about Mr. Abbey as a virtuoso in black-and-white , and if one thing more than another sets the seal upon the quality of his work, it is the rare abundance in which it is produced. It is not a frequent thing to find combinations infinite as well as exquisite. Mr. Abbey has so many ideas, and the gates of composition have been opened so wide to him that we cultivate his company with a mixture of confidence and excitement. . . . None to-day is more charming, and none helps us more to take the large, joyous, observant, various view of the business of art. He has enlarged the idea of illustration, and he plays with it in a hundred spontaneous, ingenious ways."

More on Abbey is coming later this week. Meanwhile, enjoy these links:
E. A. Abbey on Wikipedia
Edwin Austin Abbey by E.V. Lucas