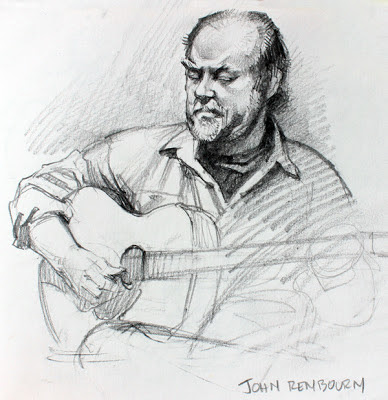 Here's a pencil portrait of former Pentangle guitarist John Renbourn, sketched during a concert that he gave on May 19, 1995 in a little country church at Copake Falls, New York. 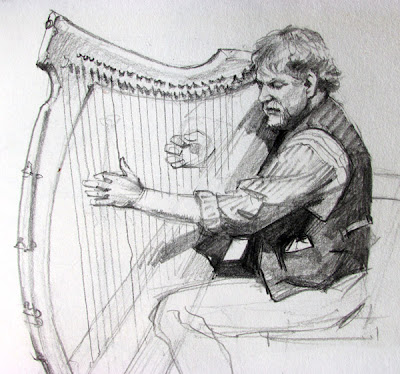 Alongside him was his good friend Robin Williamson, harpist and storyteller formerly of The Incredible String Band. They were touring together soon after the release of their 1994 Grammy-nominated live album "Wheel of Fortune"

on Amazon
You have just read the article entitled John Renbourn & Robin Williamson. Please read the article from Sentimental Journey About Pencil Sketching , Portraits more. And you can also bookmark this page with the URL : http://sentimental--journey.blogspot.com/2013/06/john-renbourn-robin-williamson.html