When illustrator/reporter Fortunino Matania (1881-1963) was assigned to cover the coronation of Edward VII, no cameras were allowed in Westminster Abbey, and no sketchbooks or pencils either. Fortunately, Matania had a prodigious visual memory, and was able to reconstruct the entire occasion from notes that he jotted immediately following the event. 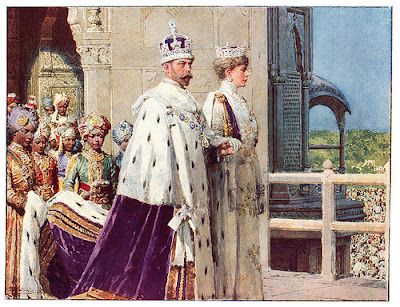 Matania's visual memory was put to the test in India, too, according Peter Richardson writing in the new issue of the British magazine Illustrators:

He was invited to accompany King George V and Queen Mary to India when they were installed as King-Emperor and Queen-Empress at the Delhi Durbar of 1911. Matania's resourcefulness on such occasions was also in a league unto itself. Such was the multitude of troops and onlookers at the event that there was little space allocated to the press. The majority of them were obliged to observe the proceedings through binoculars as the distant dignitaries shimmered and eddied into the searing heat. Matania, who had mapped out his preparatory work at the dress rehearsal, nevertheless wanted to get as close to the action as possible and managed to secure a position at the foot of the steps leading up to the Royal thrones. To ensure he remained as unobtrusive as possible, he had secured himself an Army uniform, remained rigidly at attention as he committed the whole scene in all its pomp and splendour to his photographic memory. He got the completed artwork back to London within a fortnight and the resultant artworks were considered so successful that he was honoured with a Coronation Medal. 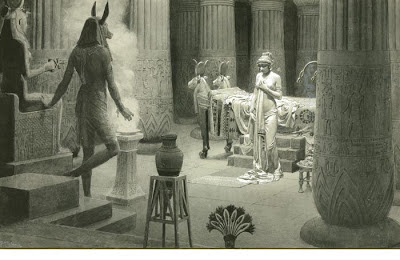 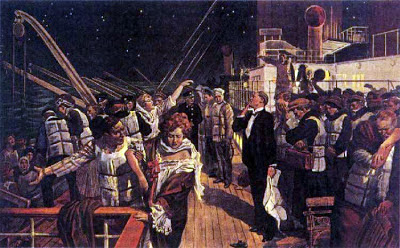 ....to news events such as the sinking of the Titanic. This image, "Women and Children First" transfixed the public when it appeared in 1912. 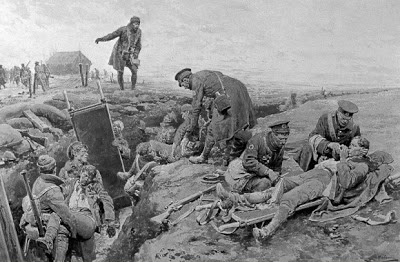 Matania went on to illustrate vivid scenes from the first World War, occasionally drawn on the battlefront, but more often reconstructed from sketches, interviews, and a powerful imagination. 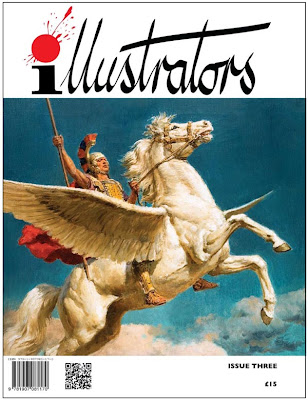 Issue 3 is now available and also has feature articles on Peter Maddocks and Andy Virgil.

by Darren Rousar
Previously on GJ: Matania: Without a Net
Matania's Tone Paper Illustrations
Adventures of a Cross-Dresser
You have just read the article entitled Fortunino Matania's feats of visual memory. Please read the article from Sentimental Journey About Golden Age Illustration more. And you can also bookmark this page with the URL : http://sentimental--journey.blogspot.com/2013/06/fortunino-matania-feats-of-visual-memory.html