During the flowering of plein-air painting in the late 19th and early 20th century, some of the most impressive artists came from Spain.

Joaquín Sorolla is perhaps the best known in the USA, but there were other brilliant painters who deserve to be better known, such as by Raimundo and Ricardo de Madrazo, Mariano Fortuny, and Martín Rico (1833-1908). 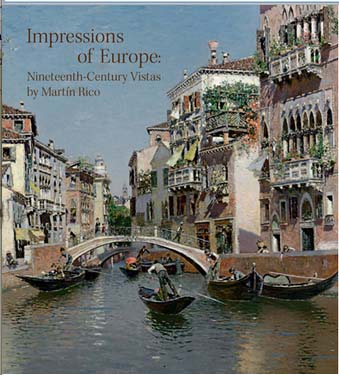 A big exhibition of Martin Rico's landscapes is currently on exhibit at the Meadows Museum in Dallas, Texas. With the help of the Prado museum, they have produced an excellent catalog, which fills a huge gap in scholarship on the artist. 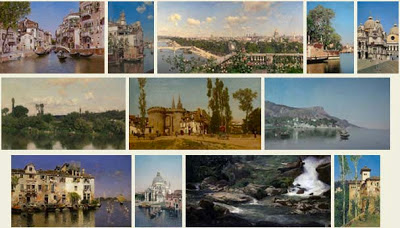 The large softcover catalog measures 9.5 x 11 inches and weighs almost four pounds. It includes 243 well-reproduced images, mostly his paintings in color, along with some period photos and many pages from his pencil sketchbooks.
The text is well researched and includes an extensive biography organized by the artist’s granddaughter, Madame Claude Rico Robert. The book traces Rico's beginnings as a watercolorist, his time with the landscape painters Alexandre Calame (Switzerland) and Charles-François Daubigny (France), and his productive years in Andalucía and Venice.
In the back of the book is a record of sales, some of Rico's letters translated into English, and a bibliography.
Softcover, various authors, 320 pages, 243 images, $50.00
-----
The book is available only through the Meadows Museum store
Previously on GJ: Exhibition of Martín Rico
Museum website: "Impressions of Europe: 19th-Century Vistas by Martín Rico"

You have just read the article entitled Book review: Martín Rico exhibition catalog. Please read the article from Sentimental Journey About Book reviews more. And you can also bookmark this page with the URL : http://sentimental--journey.blogspot.com/2013/06/book-review-martin-rico-exhibition.html