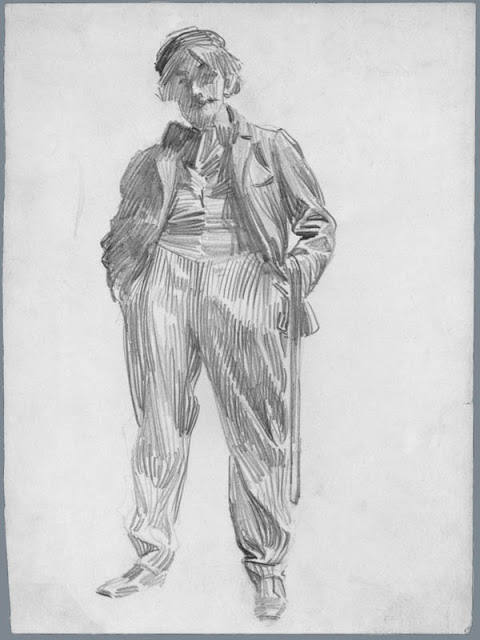 Here's a pencil drawing of a man standing by Joseph Christian Leyendecker (American, born in Germany, 1874–1951) 12 1/2 x 9 5/16 inches, from the collection of the Metropolitan Museum. 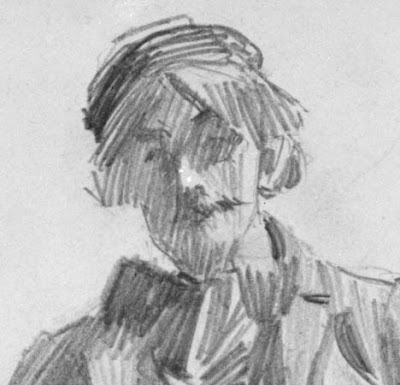 The drawing is built from patches of tone made of parallel diagonal strokes. This way of drawing creates a relaxed, impressionistic effect. The white spaces between the strokes keep it open and airy. 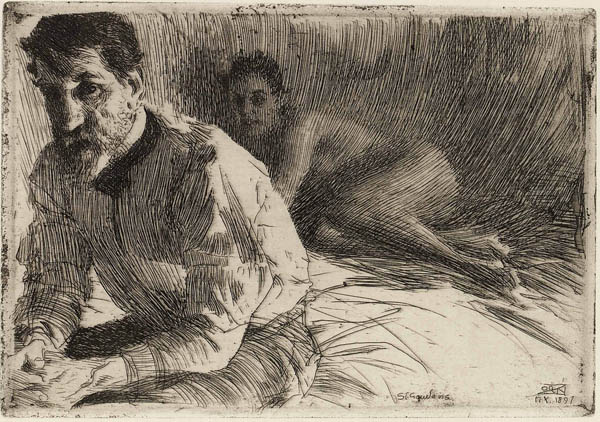 Another master of this method is the Swedish artist Anders Zorn (1860-1920), who made many portrait etchings in addition to his famous oil paintings. Instead of using lines to outline the form in the usual sense, he achieved a painterly treatment and a sense of atmosphere by organizing his parallel strokes in broad, sweeping movements. 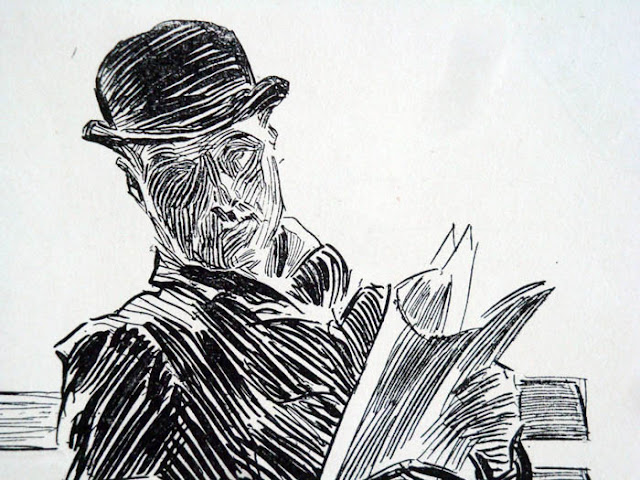 Another example is American illustrator Charles Dana Gibson (1867-1944). This pen and ink drawing shows a voter's reaction to the news the morning after the election. The eyes, hands, and mouth are just suggested, leaving a lot to the viewer's imagination.

All of these artists probably took some inspiration from banknote engraving and wood engraving, both of which use sections of parallel lines to build up larger tones. When pen and ink drawings could be photomechanically reproduced, it brought about a flowering in the art of the pen.

This way of drawing might also be called called "painterly" or "impressionistic." This term fits not only because the patches of parallel strokes suggest big strokes of a bristle brush, but also because it exemplifies one of the fundamental doctrines of impressionist painting during this period, namely the preference of broad optical effects over a delineation of form and substance.

The goal of the artist was to concentrate on the representation of the appearance of an object. As Sir Edmund Gosse puts it, "The picture was to be a consistent vision, a reproduction of the area filled by the eye. Hence in a very curious way, the aspect of a substance became much more real to [the artist] than the subject itself."
------
Further exploration:
Other artists to look at for painterly drawing:
Stanislaw Bohusz-Siestrzencewicz (Polish, 1869-1927)
Franklin Booth (American)
and Chinese / Russian academic drawing
Previously on GurneyJourney: Line Direction, Banknote engraving, and Wood engraving
More online samples of Zorn's art at Anders Zorn.org
Wikipedia on Gibson and Leyendecker
Book: J.C. Leyendecker: American Imagist

Book: The Gibson Girl and Her America: The Best Drawings

You have just read the article entitled Painterly drawing. Please read the article from Sentimental Journey About Pen and Ink more. And you can also bookmark this page with the URL : http://sentimental--journey.blogspot.com/2013/03/painterly-drawing.html