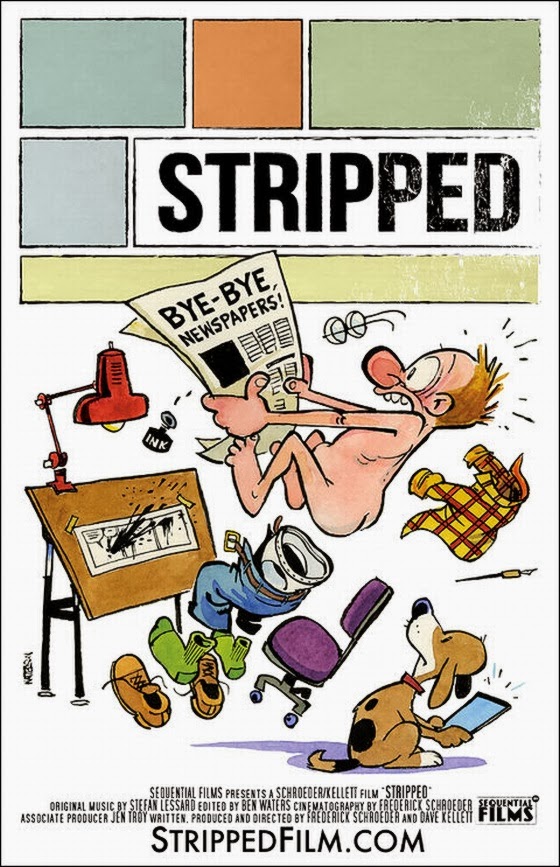 A feature-length documentary has been released about comic strips and how they're coping with the disappearance of newspapers. The video includes a poster by the elusive Bill Watterson (Calvin & Hobbes), along with on-camera interviews with Jim Davis (Garfield), Cathy Guisewite (Cathy), Scott McCloud (Understanding Comics), Mort Walker (Beetle Bailey) and 70 others.


(Video link) Here's the trailer. You can preorder the documentary now on iTunes.

Stripped Film official website
Stripped Film on Rolling Stone
Thanks, Tom Hart!
You have just read the article entitled Comic Strip Documentary "Stripped". Please read the article from Sentimental Journey About Comics/Cartooning more. And you can also bookmark this page with the URL : http://sentimental--journey.blogspot.com/2014/03/comic-strip-documentary.html