Here's a painting of a door in Friburg by Pennsylvania artist Charles E. Dana (1843-1924). He studied architecture in Munich, and then went to Paris to learn from Gérôme and Bonnat. 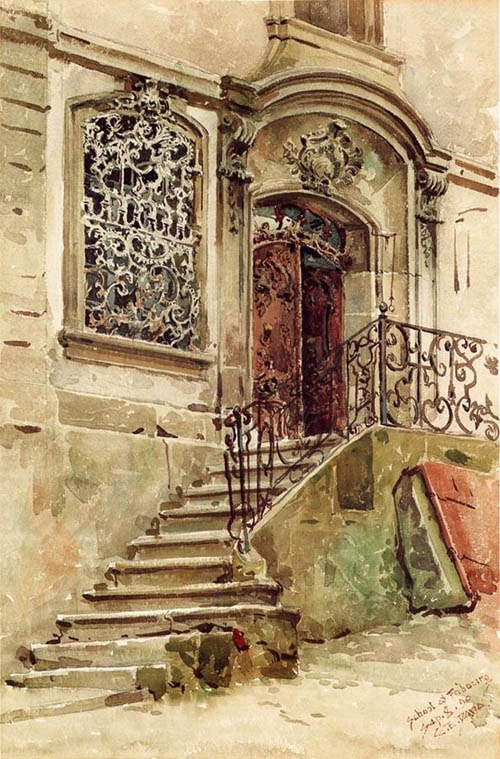 The iron grille in the window, with rectangular mullions behind it, would have taken considerable patience and skill to record in the subtractive medium of transparent watercolor.

A 1915 article described him "as a student always, living much in the past, searching out the works of old craftsmen. It is only natural that his subjects should have been for the most part along the lanes and by-paths where these interests led him. So we find his work quite removed from that of the painter of moods, and his pictures depicting and recording certain real things which were in themselves the expression of the artist-craftsmen of a bygone period."
Left: A street in Cairo by Charles E. Dana
You have just read the article entitled Watercolors by Charles E. Dana. Please read the article from Sentimental Journey About Architecture , Plein Air Painting , Watercolor Painting more. And you can also bookmark this page with the URL : http://sentimental--journey.blogspot.com/2014/03/watercolors-by-charles-e-dana.html