skip to main | skip to sidebar
Home » Unlabelled » Questions about Black, Part 2 of 4

Questions about Black, Part 2 of 4

In yesterday's post, we addressed questions about black's usefulness in darkening colors, and we looked at some other uses for black, and varieties of black pigment.

Now let's consider some other common questions about black.

How can an artist mix their own black?
You often hear of artists mixing their own blacks out of other colors. I often mix a black-like color out of two dark complementary colors, such as ultramarine blue plus raw umber, or viridian plus permanent alizarin. The resulting color may not be as dark as a tube black. Sometimes I even use two colors which don’t mix a very dark black at all, such as cobalt blue and cadmium red. But getting the darkest color is not the goal.
Why use these mixed blacks?
It's the variations and imperfect mixtures I'm after. I like using these composite blacks because as I mix them, I'm more aware of their chromatic properties, their color character. Generally as I mix them, I set aside some mixtures that lean more toward one side (such as red) and other mixtures that lean more to the other (such as green). Black is by definition the darkest possible reflective pigment, and the closest you can get to the absence of chroma or hue. I often like to keep my darks from going all the way to black so that they can include some particular color identity to them as they enter into the darker regions of value. 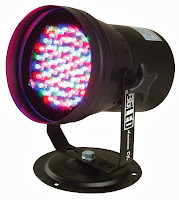 or a set of three different colored instruments (red, green, blue) to create a mixed white light on a subject, rather than using a single "white" light like a halogen bulb. (I put "white" in quotation marks because as every photographer knows, every white light source has its own unique color properties, just as every black pigment inevitably does.) Using colored lights lends chromatic energy to the terminator between light and shadow and to the edges of the cast shadows. In the same way, using a mixed black encourages you to find dynamism in the dark passages in your painting.

Can you buy mixed blacks in a tube?
As Connie Nobbe pointed out in yesterday's comments, Gamblin offers a black oil color called "Gamblin chromatic black

" which is a mixture of quinacridone red and phthalo green, rather than the usual carbon or iron oxide ingredients. But to me this defeats the purpose of mixing your own black, because the variegated mixtures are what you want.

But aren't there times when you want your darks to be neutral and undynamic?
Yes! Sometimes you want your black to look black, and your tints of black to look gray. This is especially true when you're painting a somber portrait of someone wearing black clothes. I think of the Dutch painters, of the Spaniards like Velazquez, or the French painters they influenced, like Bonnat. I'm not really sure about the one at left because I haven't seen it, but I would bet he used black to paint Barye's coat. It would look sort of fruity if there was a whole lot of color dynamics going on.
Do you have black on your full-color palette?
This reminds me of a story. I used to know a girl in art school who kept a pneumatic boat horn in her desk. She always had it ready to blast into the phone in case she got a heavy breathing crank caller. She didn’t need to use it often, but she was glad to have it handy when she did need it. My tube of black paint is like that boat horn. It’s there if I need it.

Perhaps you have heard the famous story where Sargent, borrowing Monet's palette, complained about the lack of black. Despite that story, Sargent's paintings, especially his watercolors, are notable for their interesting color identity in the dark-value passages.

Tomorrow I’ll talk more about the aesthetics—and hazards—of using black, not just in portrait and landscape painting, but in photography and film, and I'll consider the question: Is black a color?
"Questions about Black" Series
Part 1: Using black to darken a color
Part 2: Mixing your own black
Part 3: Using black in a painting
Part 4: Is Black a color?
Get my book "Color and Light" signed from my website or from Amazon

.
You have just read the article entitled Questions about Black, Part 2 of 4. Please read the article from Sentimental Journey About http://sentimental--journey.blogspot.com/2013/12/questions-about-black-part-2-of-4.html