Charles Keene (1823-1891) was a cartoonist for the British humor magazine Punch. His incisive characterization was admired by Edgar Degas and Adolph Menzel.
Many of his cartoons poke fun at problems faced by artists. Some are universal problems, and some are peculiar to Victorian society. 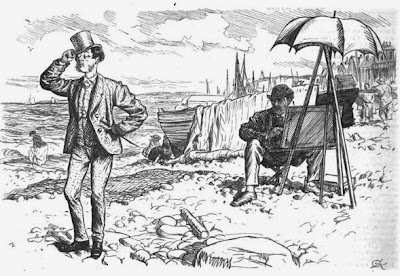 A tourist tries to help an artist by posing in the foreground of his scene, hoping to be painted into it. 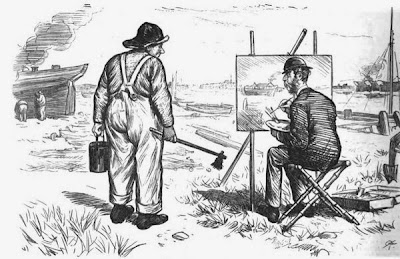 The fellow on the left paints ships and the other paints pictures of ships. When the low-class chap presents himself as a brother brush, the other takes a dislike to the whole place. 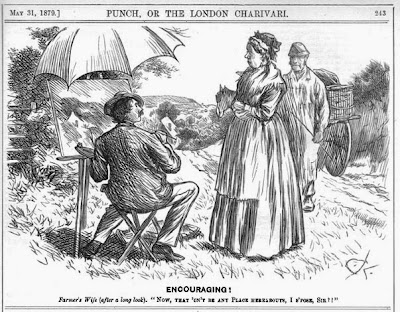 After a long look, the farmer's wife doubts that the artist is painting "any place hereabouts." 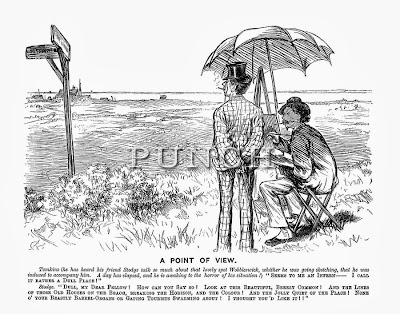 The artist brings his friend to a favorite sketching spot, but the non-artist doesn't see the beauty in it. 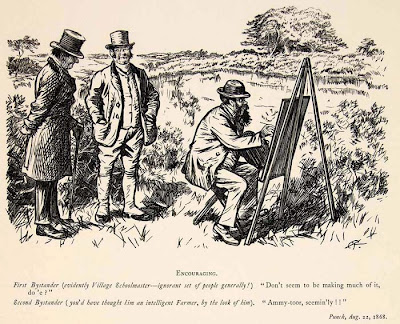 Two bystanders, a village schoolmaster and an intelligent farmer, observe the artist's fumbling efforts and conclude that he's an amateur. 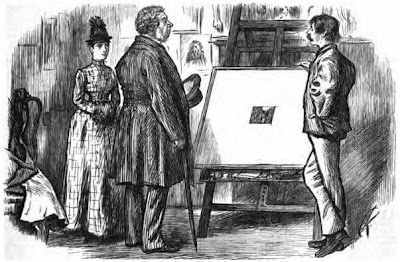 A buyer asks for "a little more picture and a little less mount." 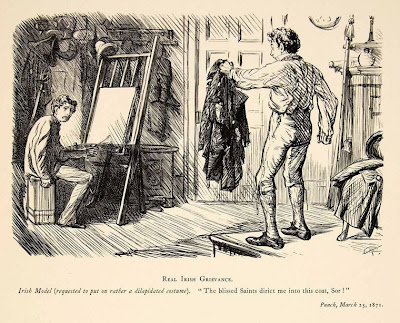 An Irish model objects to wearing a dilapidated costume. 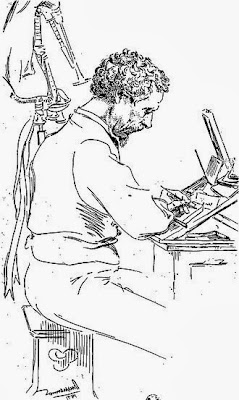 And here's a peek behind the curtain at the man himself, Charles Keene, as seen by Félix Bracquemond
------
Wikipedia on Charles Keene
You have just read the article entitled Charles Keene's cartoons about artists. Please read the article from Sentimental Journey About Comics/Cartooning , Pen and Ink more. And you can also bookmark this page with the URL : http://sentimental--journey.blogspot.com/2013/12/charles-keene-cartoons-about-artists.html