skip to main | skip to sidebar
Home » Unlabelled » Is competition a good thing in art education?

Is competition a good thing in art education? 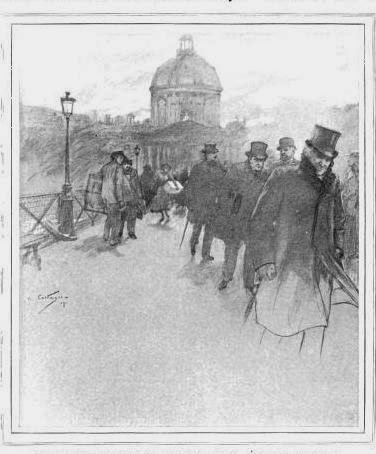 Is competition good for art students? Here's a historical description of competition in the past, but you can skip over that to the end of the post where I pose some basic questions for discussion.

In his book about Paris in 1900, Richard Whiteing described the kinds of competition that art students engaged in:

"In the atelier you have the stimulus of all sorts of competitions. There is the monthly contest for the right to choose your place. The professor looks at your work, marks it as first, second, third, and so on, in the order of merit; and as it is marked, so you have the right to plant your easel where you will for all the month to come. It registers a step in honor, and it precludes bad blood. Then comes the annual competition for the medal, or a tremendous struggle for a place in some special class....With this we have examinations in history, ornament, perspective, anatomy. Students are supposed to know something about these collaterals of their great subject. Many take the history and the perspective in a perfunctory way, feeling that the strain is not there, and that drawing and painting are still the heart of the mystery."

"Beyond this, of course, there is the struggle for the Prix de Rome — very properly restricted to Frenchmen. It is something like a prize — the winner has free quarters in the art capital of the world on a liberal allowance from the state. The first heat is a sketch in oils, and the result, of course, leaves many out of the race. The second is a figure in oils. For the third, the few left standing are sent to paint against one another for their lives on a subject given by the school. Now, there are all sorts of possibilities of unfair play in a competition of this sort, and against them authority has taken due precaution. A man may get outside help, and bring in a work that is only half his own; and even if he does every bit of it, he may still have fed his invention on the contraband of borrowed ideas. So, to prevent all that, they put him in a kind of monastic cell in the school itself, and there for three mortal months, until his task is done, he has to live and work, with no communication from the outer world. He is what is called en loge. He brings in his own traps, and he is as effectually under lock and key as any Chinese scholar competing for the prize of Peking. The moving-in day for the Prix de Rome is one of the sights of the Latin Quarter, with its baggage-trains of personal gear ranging from the easel of study to the fiddle of recreation. When it is all over, and the best man has won, he settles for four years in the capital of Italy to rummage at his ease in its treasure-houses of the art of all time. Of course he has to rummage on a plan. Paris requires of him a work every year, to show that he has been making good use of his time. If this is of unusual merit, it is bought by the government."

Some thoughts....and then I want to hear yours.
This description raises a lot of thoughts about competition in the arts in our times. Friendly competition, even if there's no prize in view, can bring out the best in amicable rivals. For those aspiring to professional work in art or music, the number of jobs is far more limited than the number of hopeful applicants. One might argue that being seared in the furnace of competition in the school environment prepares young artists for the rigors of making a living.

But not all art students want to enter that competitive world. What good would competition do for people who are studying art as amateurs--literally for the love of it, people who are trying to top their personal best.

Competition has other downsides. It is great if you're the winner, but winning every competition, especially in a regional environment, can lead to complacency. It might inspire those who lose out to work harder, but it can discourage or demoralize others. Or it might force them to conform for the sake of winning and thereby extinguish their flame of uniqueness.

Although some art schools and ateliers have a rigid set of expectations and standards that everyone agrees to upon enrolling, it's not that way in the larger art world. Our art world is so different from that of 19th century Paris that it's hard to imagine any group of students or academics agreeing on universal standards for judging. Do competitions in our day then become an exercise in second-guessing what the judge is likely to pick, and whether the dollar cost of entering a competition makes it worth the marketing value of getting a prize? That's a lot different from the Prix de Rome: it's more like an advertising roulette based on commercial concerns.