This figure study by Dean Cornwell (1892-1960), probably done from a live model, is a beautiful example of designing the forms, and not copying accidental details. 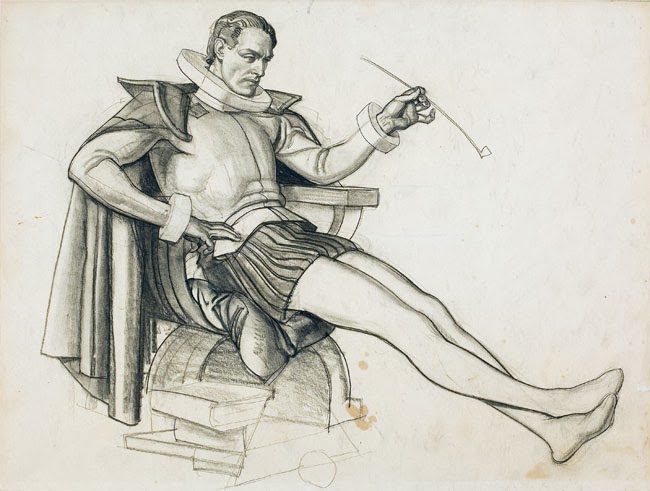 The forms are simplified with an attention of straight lines versus curved lines, and a geometric statement of the disk-shaped cuffs and neck ruff. He's careful to draw the centerline down the torso, and to think of the folds of the cape as strong columnar tubes. Cornwell often remarked about the difference between folds, which are structural, and wrinkles, which are accidental.

It was done as a study for the Sir Walter Raleigh murals in the Warwick Hotel in New York.
You have just read the article entitled Drawing by Dean Cornwell. Please read the article from Sentimental Journey About http://sentimental--journey.blogspot.com/2014/02/drawing-by-dean-cornwell.html