How Rockwell turned a detractor into a defender

My friend David Starrett met Norman Rockwell a couple of times in Los Angeles in 1949 when Rockwell was artist-in-residence at the old Otis art school. David told me this story, which he witnessed. 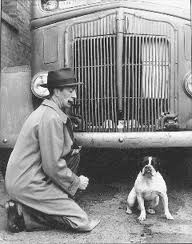 In those days, a lot of the art teachers at Otis criticized Rockwell. One remarked, as he passed through the hallway, "The only way Rockwell can paint is from a photo." Rockwell happened to be working in a classroom and overheard the comment.

Later that day, Rockwell, a slender and modest man, approached the critic as a dachshund might approach a pit bull.

"You have an interesting face," he said. "May I paint your portrait? Why don't you come by tomorrow around noon?"

The critic agreed, and the next day Rockwell proceeded to paint a perfect likeness from observation, all the while regaling the man with amusing stories. Then he gave him the painting.

The painting went up in the man's office and it blew everyone away. Now Rockwell's toughest critic became his biggest champion. No one could say a single word against Rockwell without an argument from this guy.
You have just read the article entitled How Rockwell turned a detractor into a defender. Please read the article from Sentimental Journey About Golden Age Illustration more. And you can also bookmark this page with the URL : http://sentimental--journey.blogspot.com/2013/04/how-rockwell-turned-detractor-into.html