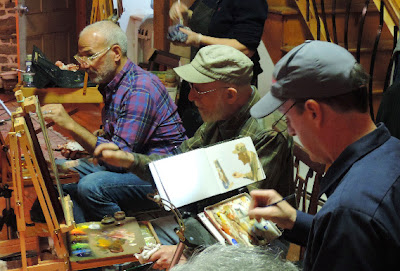 When I'm painting with a group, I often like to turn and paint my friends. I was sitting next to Max Ginsburg (b. 1931), so I painted him. 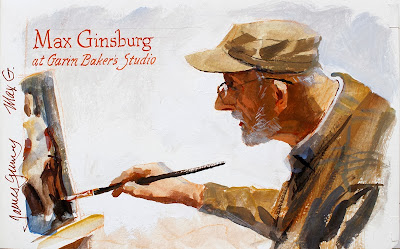 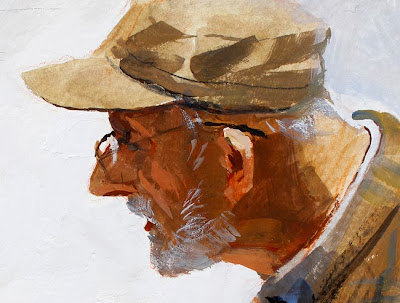 I did the block-in with a half-inch flat brush, and then worked the details with a small round synthetic sable. I was setting up the whole thing for the warm reflected light that bounced up from his painting. 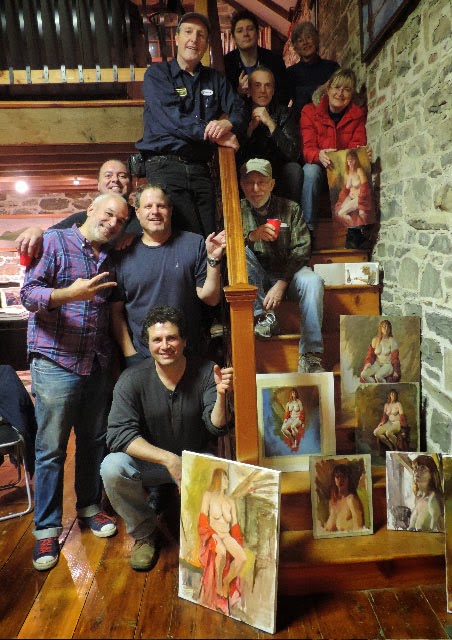 Most of the artists in the group last night studied under Max (whose painting is on the second step up on the right): Me, Kevin Ferrara, Jeanette Gurney, Richard Scarpa, Daisy De Puthod, Max Ginsburg, Mark Texeira, Ricky Mujica, Garin Baker, and John Varriano
---
Edit: Wade asked what kind of pad I was using, and it was a Moleskine watercolor notebook 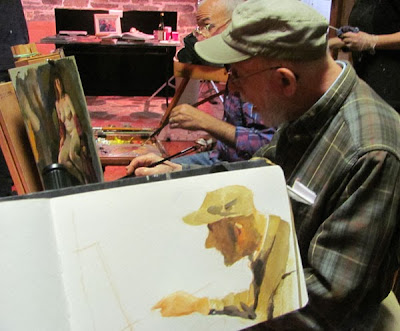 In answer to Dustin's question, here's a progress shot during the block-in. It was the end of the evening, so I only had 20 minutes to do the whole portrait of Max. The block-in was the general tone of each area, painted semi-transparently, and I went in and modified the rendering of each area quickly on the second pass.
You have just read the article entitled Max Ginsburg, caught painting. Please read the article from Sentimental Journey About http://sentimental--journey.blogspot.com/2013/11/max-ginsburg-caught-painting.html