Uffizi to Auction Its Collection

Last week the Delaware Art Museum announced that it will be forced to sell off up to 30 million dollars of its Golden Age Illustration and Pre-Raphaelite collection to help repay its crushing construction debts. 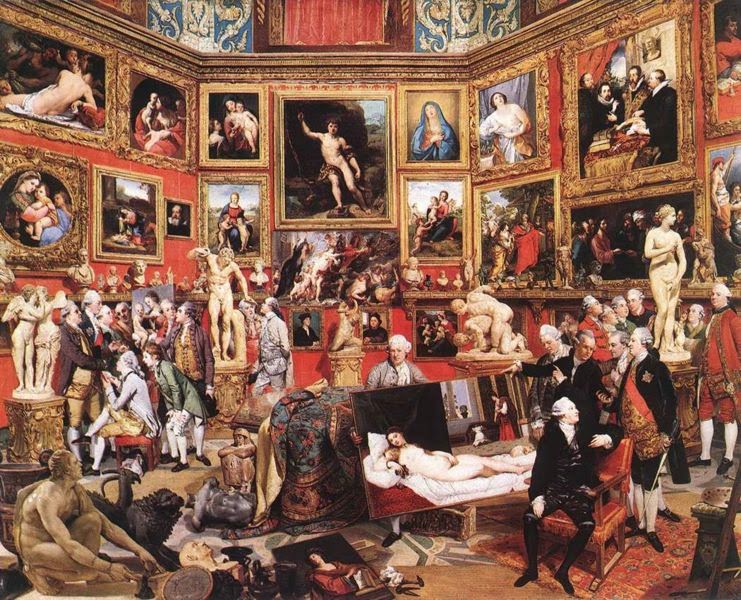 In another sign of a tightening economy, the Uffizi Gallery in Florence has announced that in June, Sothebys will auction its entire collection of pre-20th century works in order to escape mounting insurance and conservation costs.

"We will be sorry to see the artwork leave us, but it will all find good homes," said museum director Carlo Bugiardo, "It is vitally important for us to re-imagine the museum for the 21st century."

The exhibition space— designed by Giorgio Vasari in 1560— will complete its architectural modernization by 2017 in a project called "Nuovi Uffizi." The overhaul will require the removal of all ornament, marble, and other "dead weight of the past." Sr. Bugiardo plans to open the new space with an installation of two miles of red muslin cloth by artist Giuseppe Finto.
You have just read the article entitled Uffizi to Auction Its Collection. Please read the article from Sentimental Journey About http://sentimental--journey.blogspot.com/2014/04/uffizi-to-auction-its-collection.html