Yesterday we attended the preview opening of Focus on Nature XIII, the exhibition of natural science artwork at the New York State Museum in Albany.

The show presents 91 illustrations by 71 illustrators, hailing from 15 different countries. Many of the artists attended the event, some traveling all the way from Australia and Spain.

The art is juried in on the basis of both artistic and scientific merit, and the show includes both digital and hand-painted images. 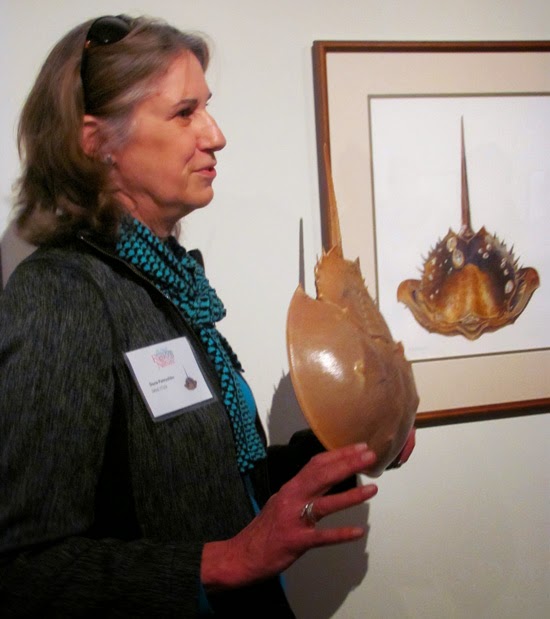 Artists were invited to share some stories about their work. Dorie Petrochko brought an actual horsehoe crab exoskeleton as she explained the creature's unique biology and how its blood is drawn for the medical industry. "This creature sacrifices a lot for science," she said. It's the oldest living fossil, and has survived twelve mass extinctions. 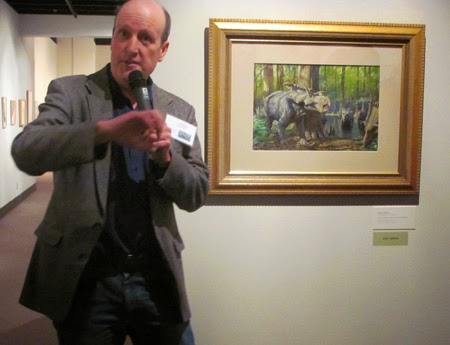 I was surprised and thrilled that my painting of Kosmoceratops for Scientific American won a jury award. I described how I made a maquette of the dinosaur to study the cast shadows and the dappled light in the forest interior.
The show also includes my original gouache preliminary study for the Australian dinosaur stamps. 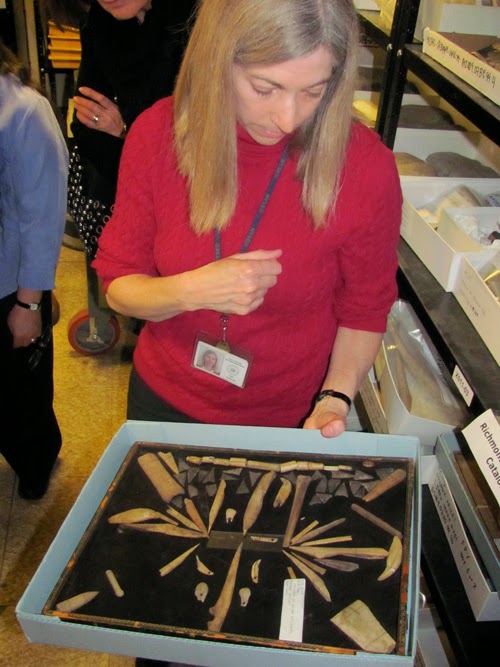 All the attending artists had a wonderful opportunity to visit behind the scenes at the museum, and we had a look at the Native American artifacts in the archaeology collection. 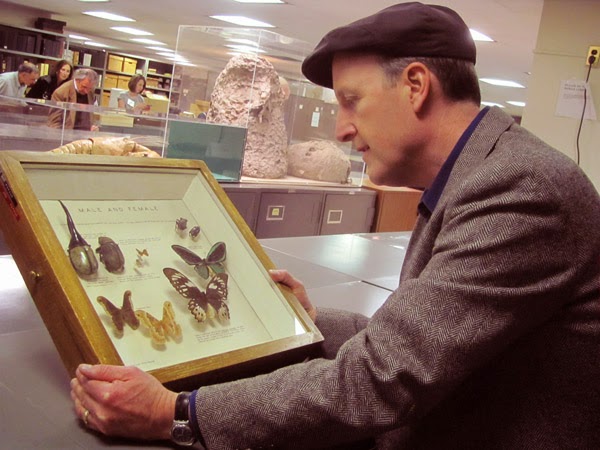 The New York State Museum also has a very large insect collection well arranged in glass-topped boxes. Any artist or art student who would like to draw a study of a particular insect, plant form, or other biological specimen can make arrangements to visit behind the scenes in the collection. It's good to know in advance exactly what you're looking for because they have so much.
-----
Focus on Nature XIII officially opens to the public tomorrow and will be up through January 4, 2015 at the New York State Museum in Albany, NY. Admission is free.
-----
Download the PDF of the full catalog of the show.
----
Dorie Petrochko is launching a natural science illustration program at the Yale Peabody Museum in New Haven, CT.
----
There's a detailed making-of video of my painting Kosmoceratops, that you can order on DVD from Kunaki.com (shipped internationally) or from Amazon.com, or you can get the digital download of the video from Gumroad.

You have just read the article entitled Focus on Nature XIII Exhibition. Please read the article from Sentimental Journey About Museum Visits more. And you can also bookmark this page with the URL : http://sentimental--journey.blogspot.com/2014/04/focus-on-nature-xiii-exhibition.html